How Culture Affects Your Lifestyle

The lifestyle is greatly influenced by culture. Therefore, individuals should consider their values, beliefs, and norms before living their lives.

Many people have very different lifestyles based on their cultural identity. The most common way to identify one’s culture is by looking at the practice of dressing and hairstyles. Other than these factors, there are different ways to determine one’s own culture. One is the religion, language, and food that individuals follow in everyday life.

Culture affects every aspect of an individual’s life, from the smallest detail to the most significant impact on groups and societies today. It can be seen from how people speak to how they dress that there is a significant difference between cultures today.

Culture is how an individual or a group defines and relates to the world. It is a set of shared norms and values passed down through generations, which also significantly affect how people communicate with each other.

Culture has always been key to human society, but it is often used to signify connection and identity. The meaning of life has become a culture because it can be interpreted in so many different ways between cultures.

Why the Modern World is Obsessed with Lifestyle

It’s no secret that the modern world is obsessed with lifestyle. However, in our current day and age, there are so many new trends and developments happening rapidly that it makes it hard to keep up some people don’t even know what they’re supposed to be doing anymore.

The future of lifestyle has arrived with the evolution of technology. Technology such as AI-based assistants and personal assistants has made life easier for people with busy schedules and hectic lifestyles.

We can now save more time by using these tools to automate tedious tasks like scheduling meetings or keeping track of social engagements.

What Are the Consequences of Being an Individualist in a Cultured Society?

Cultures are formed by the people that live in these cultures. Therefore, we tend to think of culture as a group of people who share similar values and ideas. However, each culture is unique and may not necessarily be compatible with the values and thoughts of individualism in other cultures.

Individualism is an ideology that promotes the value of an individual’s freedom. However, it can be seen as contrary to social norms because it encourages self-reliance and independence at the cost of cooperation with others.

Individualism believes that individuals determine their destiny and that each individual should pursue their own goals. On the other hand, collectivism is a cultural belief system in which people are motivated to achieve as a group.

How to Live as a Modern Individualist in a Cultured Society

The modern individualist is constantly challenged by their society. However, they find a way to enjoy their lives despite the cultural and familial norms that have been set for them. Through this, they can maintain their sense of self-worth and identity, which provides them with a more incredible feeling of personal freedom.

Modern individualists find ways to maintain their sense of self-worth and identity through independence, establishing a personal connection with the world around them, adapting to cultural changes as they happen, and living authentically.

What Can You Do if You Want to Live a Cultureless Lifestyle?

However, it is not always easy for them because they don’t know what problems they can face if certain things are taken away. So, what can you do if you want to live a cultureless lifestyle?

Living cultureless has been a growing phenomenon in recent years, with many people taking part in it. It’s not that there’s anything wrong with a culture, but sometimes the thought of being surrounded by people who share similar values can be overwhelming. You might want to try to live a cultureless lifestyle for your satisfaction and make some changes to your life in the process. 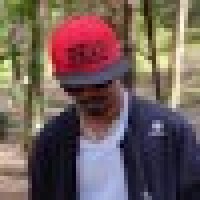 The Future of Makeup Trends for 2021

No comments to show.

What are the Forecasted Fashion Trends for

The fashion industry is growing, and the forecasted trends for 2022

Nail Care Basics & Why You Need

Nails can take a toll on your health and appearance if

Mapping Out the Unique Geography of Culture

Geography is mapping the world and understanding its unique social, cultural,

The Ultimate Guide to Fashion Accessories Everyone

The Ultimate Guide to Fashion Accessories Everyone Should Have provided information

How to Style Accessories For Formal Wear